I know what you did last summer

I still remember it vividly. It was the beginning of summer, in mid-March of last year, that I dropped by my buddy Mark's house (Knight Runner) after playing a lone round of golf. During those days I spent most Sunday mornings playing golf and priding myself that I have a sport that keeps me healthy and fit. I normally played with Mark. But ever since he got himself a mountain bike a couple months prior, he would ride on Saturdays and depending on how far or how hard he rode, would play golf with me on Sundays. That Sunday was one of those days when he either rode too far or too hard the day before.
I got to his house and we chatted about serious 'stuff' (like how many bogeys I made). He then asked me if I would like to join the Condura Run scheduled the following Sunday. The choices were 3km, 5km, 10km and 21km distances. I had no running experience at all. And so I thought that if I could easily walk 7-8Km of a golf course each week, I'm in pretty good enough shape. I said yes to the 10Km event. In short that was a dumb idea.
We got my wife Noemi, and two more friends, Allan and Ronald to join too. Noemi signed up for 3k while all of us 4 boys signed up for 10k. People thought we were nuts to join a 10km run without any substantial running experience. Being a Silva mind graduate under Ms. Judy Qua, I told them that positive mental attitude is all that is needed.
Although I told everybody that I will be running without any practice, I actually did 2 practice runs that week. Boy did I realize then that running wasn't just about positive mental attitude! One also needed to be in shape – duh! But no backing out now…
Come Sunday, we woke up really early and got into our running 'attire'. I was really conscious of what I was going to wear - hahaha what a newbie! We got to the starting line as the 21k runners were sent off. What a feeling it was to be in that crowded space, being with hundreds of runners eagerly awaiting the start of the 10k run. There were celebrities, execs, students and people from everywhere. Wow! It was an electrifying moment. As the announcer counted down 10, 9, 8…. I knew at that moment that I was hooked. I haven't started running yet but I knew this was a sport that I liked.
I finished the 10k in 1:18. Two weeks after that we joined another race, then another and so on. We trained and raced without any formal coaching. We formed the Gone Running Club to promote our chosen advocacy which is to "Run against Corruption". In July we joined the Milo Marathon Manila Eliminations and I ran my first 21k with a time of 2:16. In October I ran my first full marathon in the 1st Quezon City International Marathon with a time of 4:52. In November, Mark and I ran the Standard Chartered Bangkok Marathon. In February this year I ran two full marathons, 2010 Condura Run (our anniversary run) and the 2010 Standard Chartered Hong Kong Marathon.
After that, Mark and I got another bird-brained idea – why not do triathlons. So in March of this year, we signed up for the 2010 Ironman 70.3 Philippines in Camsur. At that time Mark couldn't even swim across a 25m pool while I didn't even have a bike much less any real riding experience. The last time I owned a bike was in Grade 6.

With the help of two great coaches Ian Castilla and Mark Candelaria, we trained for 5 months and in August we completed our first half Ironman - a 1.9k swim, 90k bike and 21k run. I was able to finish it in 6:45. In between I was able to get personal records (PR) for 10k and 21k distances.

A couple of weeks after Camsur, true to form, Mark got another crazy thought – how about an ultra marathon? And so we did. Our first ultra marathon was the PAU (Philippine Association of Ultrarunners) T2N 50k. I was able to finish it in 5:52.

Looking back at what transpired since last year, I was transformed from a happy laid back golfer who was so afraid of getting too tan/dark that I applied sunscreen every two hours while playing, to an endorphin junkie with several 10ks and 21ks, 5 full marathons, 1 ultra marathon and 1 half Ironman logged.


Everything has come full circle. Now more than ever, I can say that all it really takes is a positive mental attitude. Mental toughness is the key. It will get you through the training needed to prepare for and finish a full marathon or whatever event or sport you want to join. A positive mental attitude can get you through anything: whether it is an endurance race or starting that new business you've been planning for years. Whether it is wooing that beautiful girl in school or getting your kids through college. PMA is a trait everyone should have.
Today I'm starting to train for the next challenge in March - Bataan Death March 102k. Well that's what we did last summer. 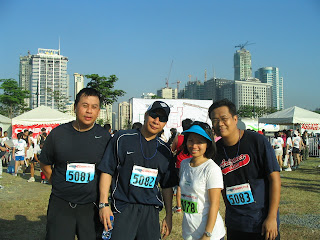 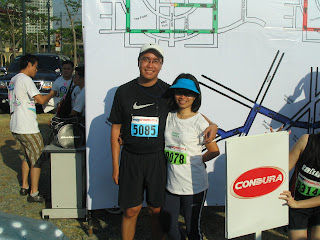 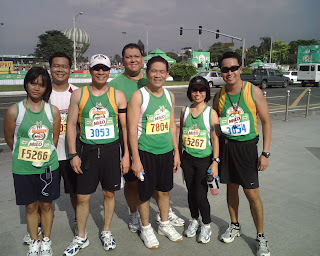 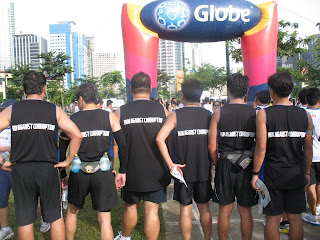 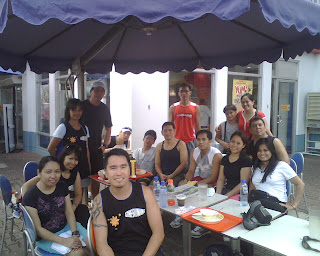 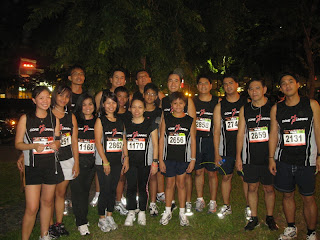 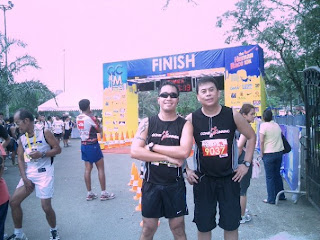 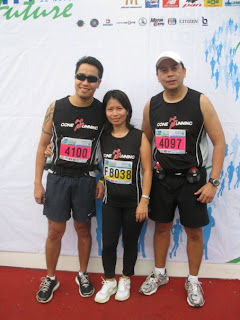 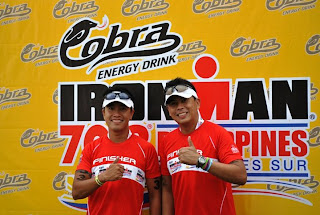 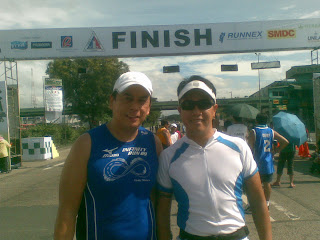 2010 Quezon City International Marathon
Posted by Free Radical at 3:36 AM No comments: